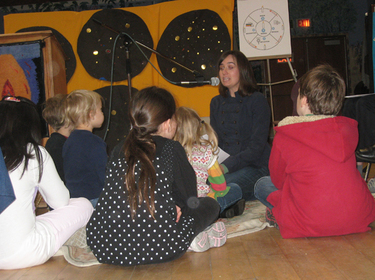 Story for All Generations
by Sarah Fulton

(The following is an original children's story that could be included in a service or read to children at home. It's a fun "origin" story to explain some of the principles of Luminescence like recognizing diversity and seeing the light in ourselves and others.)

Father Sparrow was late for dinner. Mother Sparrow and their five baby sparrows were waiting for him on the other side of the forest, but the night was especially dark and foggy, and Father Sparrow had completely lost his way. He fluttered in the dark, wondering which way to go.  Just then, feeling close to hopelessness, Father Sparrow saw a strange light a little ways off. He flew over to it to investigate. It was a fallen star; brighter and more luminous than anything he’d ever seen before in his life.

“I can use the light from the star to guide my way home,” thought Father Sparrow.

But when he got closer, he saw that Squirrel had already claimed the star, and clung to it greedily. He wanted it all for himself. Squirrel imagined all he could do with the star. He could use it to light and heat his nest, which would be very comfortable on this cold, cold winter night. When Father Sparrow explained his situation, Squirrel’s heart shivered at the thought of the poor bird separated from his family. He agreed to help Father Sparrow carry the fallen star through the forest until he once again found his family. As they made their way through the forest, they started talking. Father Sparrow told Squirrel how it felt to fly, to soar about the trees. And Squirrel told Father Sparrow where to find the best acorns and how best to bury them. Though they led very different lives, they began to understand one another and appreciated being in each other’s company.

Soon they came upon a vast pond, which they weren’t able to cross.

“Oh no,” said Father Sparrow, “Now I’ll never get home to my family.”

Without a way across, there would be no choice but to give up. Frog, who lived in the pond, saw the glowing fallen star and thought about how nice it would be to use the star to light up the murky pond and spot the best lily pads to hop on. But when he heard Father Sparrow’s story and saw how selfless Squirrel was for helping him, Frog decided that he would help them on their way. Frog told them to stand on a lily pad and when they were safely aboard, he paddled them all across the pond to safety. They invited him to come along on their journey, and Frog agreed, hopping happily behind them. Soon, the three of them were having so much fun talking and learning about each other’s way of life that the night seemed less cold and dark and foggy.

Before they knew it, they had reached Father Sparrow’s tree and a joyous reunion took place. To thank them for the kindness they showed Father Sparrow, Mother Sparrow invited both Squirrel and Frog into their home to share in a delicious feast with bountiful amounts of everyone’s favorite foods. With the illumination of the fallen star on the hearth to warm them, the new friends shared stories and laughter that lasted long into the night.

And that is why, at this time of year, as the days are getting lighter, we gather together with our loved ones and members of the community to celebrate and to share the warmth of understanding.

The Light Within Me -- by author Luaren Grabois Fischer; pictures by Devin Hunt.   Please purchase the book and credit the author and The Be Books (@thebebooks; www.thebebooks.com). 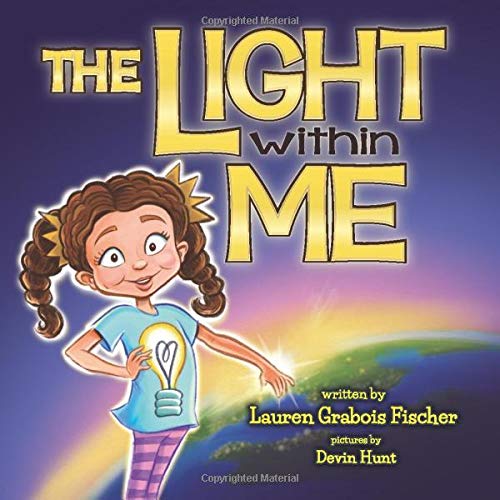